You are here: Home / Archives for Alex Van Halen Credit: Neil Zlozower The city of Pasadena is set to pay tribute to Van Halen by naming a public stage after the band. The Pasadena City Council is expected to approve the name on Monday (April 11th). According to Pasadena Now, the stage will be part of a new public park to be named after author Octavia E. Butler. It's currently under construction at 701 East Union … END_OF_DOCUMENT_TOKEN_TO_BE_REPLACED “Hello, bayyyyyy-beh!” 36 years ago today, Van Halen Mach II was born! 5150 ushered in a decade of #1 albums and sold-out tours with vocalist Sammy Hagar. Where did Van Halen get the idea for the "5150" title? 5150 is the California statute for holding those with grave mental disabilities involuntarily for 72 hours and sometimes longer pending further … END_OF_DOCUMENT_TOKEN_TO_BE_REPLACED On this day in 1984, Kurt Jefferis won a “Lost Weekend With Van Halen” MTV contest out of more than 1 million entrants. This is his story! When MTV announced its "Lost Weekend With Van Halen" contest in early 1984, the network received over a million postcard entries for a chance to spend three days with the band during their 1984 tour. The lottery couldn't have … END_OF_DOCUMENT_TOKEN_TO_BE_REPLACED Valerie Bertinelli looked back on Eddie Van Halen overcoming his battles with substance abuse during a recent appearance on Rob Lowe's podcast Literally! With Rob Lowe. "We all have a toolbox that we go to when we need to suppress any kind of emotion that we don't want to feel, any kind of pain that we don't want to feel, and I know that Ed's toolbox was filled with drugs … END_OF_DOCUMENT_TOKEN_TO_BE_REPLACED It's the podcast that is guh-guh-guh gauranteed to rock on...and on...and on...until they cover each and every song in the Van Halen catalog! And The Podcast Will Rock debuted in November and has released 16 episodes so far. In each, the hosts Mark and Corey choose a random Van Halen song and break it down from start to finish. "We are here to discuss, dissect and just … END_OF_DOCUMENT_TOKEN_TO_BE_REPLACED The 1978 World Tour kicked off at the Aragon Ballroom in Chicago, IL. Photo courtesy Chuckman's Photos After four years paying their dues playing the Southern California rock scene, Van Halen hit the road. It was just three weeks after the release of their self-titled debut album that the band kicked off its first world tour. Stop #1 was the Aragon Ballroom in Chicago, … END_OF_DOCUMENT_TOKEN_TO_BE_REPLACED Sammy Hagar says any unreleased Van Halen material in the 5150 vaults was unreleased for a reason and it may not be worth revisiting. In a recent interview with The San Diego Union-Tribune, Hagar was asked if there are any unreleased recordings during his time with the band that could eventually come out. "Van Halen didn’t have many songs that were completed that didn’t … END_OF_DOCUMENT_TOKEN_TO_BE_REPLACED The VHND's Eric Senich talked with author Paul Brannigan to talk about his book Unchained: The Eddie Van Halen Story! Here's a rundown of the topics covered in the interview: Eddie's guitar and recorder always by his sideThe influence parents Jan and Eugenia had on EddieForget the Fab Four, Eddie's fire was lit by The Dave Clark Five!Eric Clapton was the Cream of the … END_OF_DOCUMENT_TOKEN_TO_BE_REPLACED Credit: Neil Zlozower Cue up the Indiana Jones music, Sunset Sound's Drew Dempsey has just discovered a priceless Van Halen artifact! Dempsey recently posted a video to the Sunset Sound Recorders YouTube channel in which he shares "one of the most amazing documents ever." In his hands is the hand-written microphone set up for the tracking of 1979's Van Halen II, which … END_OF_DOCUMENT_TOKEN_TO_BE_REPLACED 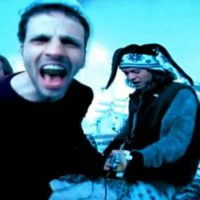 On this day in 1998 Van Halen released the single "Without You", the very first to feature Gary Cherone on lead vocals. The track debuted at number one on Billboard's Mainstream Rock Tracks chart. Yet, when Van Halen released their Best Of Both Worlds compilation in 2004, "Without You" was not included among the 36 "best" Van Halen tracks. Should it have been? Let's first go … END_OF_DOCUMENT_TOKEN_TO_BE_REPLACED