You are here: Home / A Different Kind of Truth / Van Halen’s ‘Tattoo’ Released 5 Years Ago Today 5 years ago today, Van Halen released “Tattoo,” the first song and single from the album, A Different Kind of Truth.

A 30-second “teaser” clip of the song was posted on January 6, 2012.  The full single was released online and to radio stations January 10, 2012, after Van Halen played an intimate club gig at the Cafe Wha?. It became the band’s first single to chart on the American Billboard Hot 100 in 17 years, and their 23rd overall.

Reception to “Tattoo” was mixed, in large part because everyone expected the first single to be a flat-out ballbreaker, like pretty much all the other tracks on the album. But “Tattoo” is a good song with a catchy hook, and is instantly recognizable as Van Halen – one of the band’s many gifts.

Yet, the fact that the band front-loaded A Different Kind of Truth with “Tattoo” and released it as the first single was a bit controversial. Half the fan base liked it, and half didn’t.

Once the full album was released, though, most fans – even the ones who liked it – would rank it at near the bottom of the album. Some even regarded it as the weakest track on the disc — one which they usually skip over to play the rest of the album all the way through. In fact, our own poll (with over 54,000 votes) had “Tattoo” ranked second to last out of 13 songs! (See our fan poll ranking on the new songs here). A curious choice for a lead single – and the first taste of Roth-fronted VH since “Me Wise Magic” and “Can’t Get This Stuff No More.”

The song finishes with a volume-swelled ending that tips the hat to “Down in Flames” and “You’re No Good” from Van Halen II.

#1 Most Added song at Mainstream and Active Rock Radio

The buzz of Van Halen’s return renewed interest in the group’s classic “Jump,” which re-entered Hard Rock Digital Songs at No. 11.

Here’s something special that we received directly from David Lee Roth! These are Dave’s hand-written lyrics and graphics for “Tattoo.” A rare glimpse into the unique style and mind of Diamond Dave! Rare behind-the-scenes photos from Van Halen’s video shoot for “Tattoo.” Thanks to Dave for the black and white photo, and Wolf for the color photo. 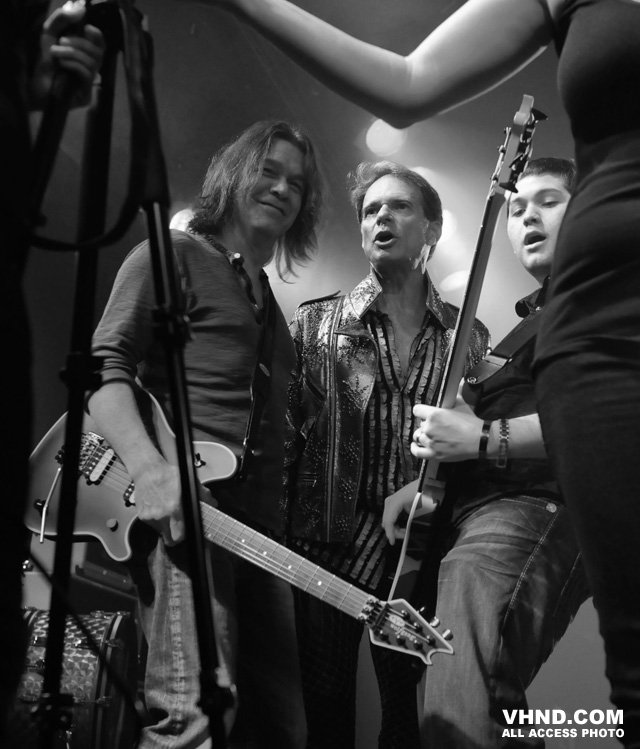 A Different Kind of Truth was released in the U.S. by Interscope Records on February 7th, 2012. The album is Van Halen’s first original studio album with singer David Lee Roth since the band’s diamond certified album 1984.

The band’s 2012 tour kicked off February 18th in Louisville, Kentucky.