Smack in the middle of summer, EVH is excited to roll out scorching and irresistible new guitar and amp models for your supreme playing pleasure.

Here’s a quick look at the hot new EVH gear …

From searing tone to premium appointments, the all-new EVH® 5150® Series guitars show what they are made of in a new demo video featuring Frankie Lindia and his song “The Temptress” from album, “Creatures of Habit.” The 5150 Series Deluxe is capped with a rippling quilt maple top and finished in Tobacco Sunburst or Transparent Blue Burst, while the 5150 Series Standard is styled in a Matte Army Drab, Rocket Red or Satin Primer Gray finish. 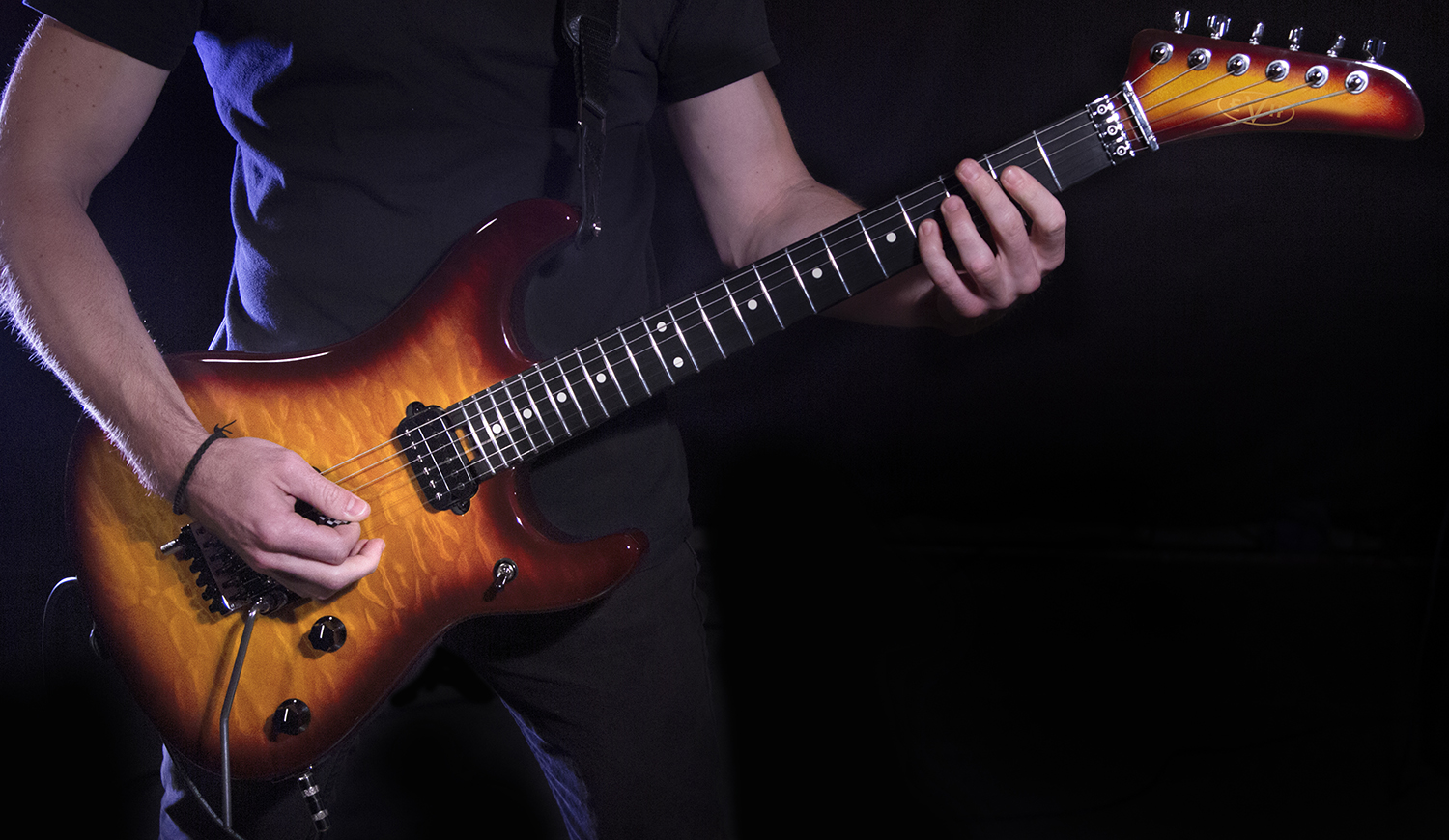 Style and performance collide in the all-new 5150® Series Deluxe, which takes a contemporary spin on the crowd-favorite original striped model that Eddie Van Halen debuted in 1984.

Putting the stripes on hold, the 5150 Deluxe takes a stately approach in a Tobacco Sunburst or Transparent Blue Burst finish over a rippling quilt maple top.

The top-mount EVH-branded Floyd Rose locking trem keeps the 5150 in tune dive bomb after dive bomb, while the EVH D-Tuna shifts you from standard to dropped D tuning with a flick of the wrist. The 5150 Series Standard share all the same pedigree features of its 5150 Series Deluxe brethren sans the quilt top and ebony fingerboard. Instead, the 5150 Standard comes in Matte Army Drab, Rocket Red or Satin Primer Gray finishes with a 12”-16” compound radius maple fingerboard. The ash body with arched top sports a Natural finish that shows off the intricate wood grain, and is wrapped in black binding for a sophisticated touch. A graphite-reinforced bolt-on quartersawn maple neck holds up under the rigors of heavy riffing, while the 12”-16” compound radius ebony fingerboard with 22 jumbo frets is primed for energetic chording or blazing leads. The Wolfgang WG Standard is a playable work of art. Its basswood body is finished in a Gold Top finish with masked-off natural body binding, a feature usually only offered on Standards with quilt tops.

Dual direct mount Wolfgang humbuckers give the Wolfgang WG Standard its signature snarl of no-nonsense overdrive and sustain or articulate, shimmering cleans. 500k pots deliver the smoothest volume swells and bring out the impeccable simmering tone in the pickups.

Dive bomb until your heart’s content without ever going out of tune thanks to the EVH-branded Floyd Rose Special double-locking tremolo.

Delivering monstrous sound and exquisite style, this Gold Top axe is also easier on the wallet at a mid-level price point.

Channel one delivers pristine cleans and compressed tone and channels two and three deliver plenty kick-you-in-the-gut overdrive and liquid distortion for blazing leads. Channels one and two each have dual concentric gain/volume controls, with shared EQ (low, mid, high), while channel 3 has an independent EQ. Other features include a rear-panel resonance control that tailors low-frequency response for all channels and a global presence control.

The cabinet of these combo amps is constructed out of birch and is wrapped in black textured vinyl with a black and gold striped control panel motif.

Video: Product manager Matt Brown checks in straight from our EVH booth at Summer NAMM with a look at their new EVH guitars.

Video: Guitarist Frankie Lindia traverses the vast tonal landscape of the all-new EVH 5150III® 50W EL34 2×12 combo amp in a brand-new demo video. Leveraging a variety of EVH guitars, from the Shark to all three of the latest colors of the Wolfgang Special, Lindia thoroughly tests out all three of the compact amp’s channels — from low to high gain. In addition, Lindia demos the onboard reverb and effects loop and also explores the power level control.

Video: Another look at the new amp.