35 years ago today, Van Halen was staying at the Cincinnati Clarion Hotel. Rolling Stone was there to interview Eddie Van Halen and David Lee Roth. Enjoy the interview and newspaper convert review of the March 8th Cincinnati show, below. (The interview took place on March 8th or 9th, and was published in June).

“It’s a cold March day in Cincinnati. Eddie Van Halen has turned his room at the Clarion Hotel into a little recording studio. A Sony cassette recorder dangles from a cord taped to the bedside table, and wires shoot all over the carpet: to miniature speakers, a small equalizer, a boxy black bass, his red Kramer guitar. Eddie would rather play than talk. He asks you to name any old Cream song, and then then he recruits the Eric Clapton solo, note for note.” – Rolling Stone magazine.

Special Thanks to Rodney Carr, Simon Templar, and Ron Higgins for finding these items. 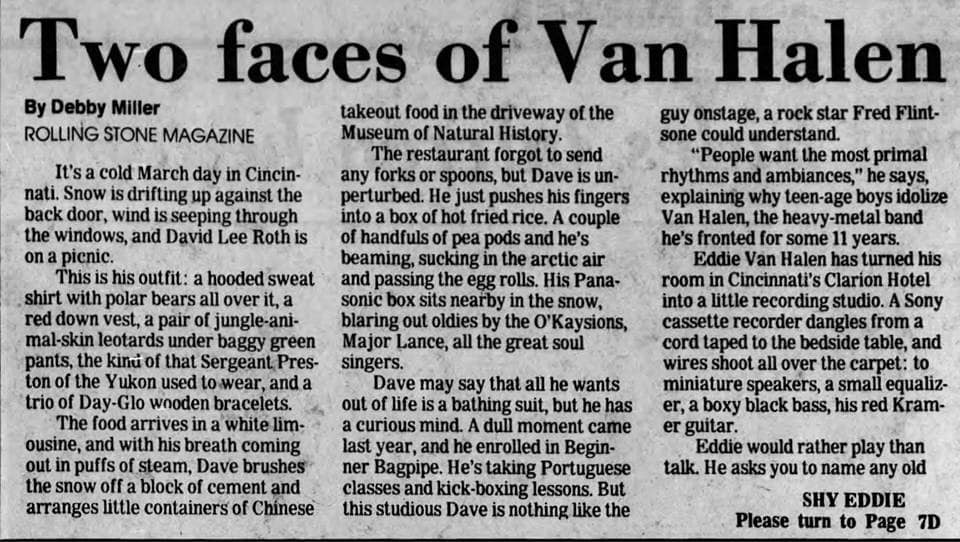