After four years paying their dues playing the Southern California rock scene, Van Halen hit the road. It was just three weeks after the release of their self-titled debut album that the band kicked off its first world tour. Stop #1 was the Aragon Ballroom in Chicago, Illinois on March 3, 1978.

The move from the typical clubs the band was used to playing to the Aragon was swift. After all, even after the release of Van Halen, the band was still playing shows around Hollywood and Pasadena. Their final club show was at the Whisky-A-GoGo on Hollywood’s Sunset Strip. Just a week later, they were in the heart of the Midwest.

As the opening act for Journey and Montrose, Van Halen played second fiddle when it came to staging. Built in 1926, the Aragon featured a crowded backstage area and there wasn’t enough room for all of the band’s equipment. An inexperienced road crew had to haul all of Van Halen’s gear through the main entrance, lugging it piece by piece to the stage.

The half hour set proved to be the worst of the entire tour, mostly due to logistical problems. The Aragon’s stage was much smaller than they were used to and the lighting director’s headset malfunctioned for the entire show. That, and taking cues from KISS, the band took the stage wearing three-inch platform shoes which sot nearly $300 a pair. The shoes looked great, but maneuvering proved difficult. Soon after Dave began wearing Capezio shoes while the rest of the band wore sneakers. To top it off, the bend left the headlights on in the equipment truck, which resulted in a dead battery by the time they finished loading out of the venue.

Van Halen spent most of their first world tour as an opening act for Journey, Montrose and later Black Sabbath. The tour was initially scheduled for three weeks, but due to incredible response it lasted eight months.  ack Boyle, of Cellar Door Productions, advised the band to play smaller venues rather than the full-scale coliseums that Warner Brothers wanted them to tackle. The reasoning behind this approach was that Van Halen could sell out each performance and learn how to work the crowd to hone their overall stage presence. 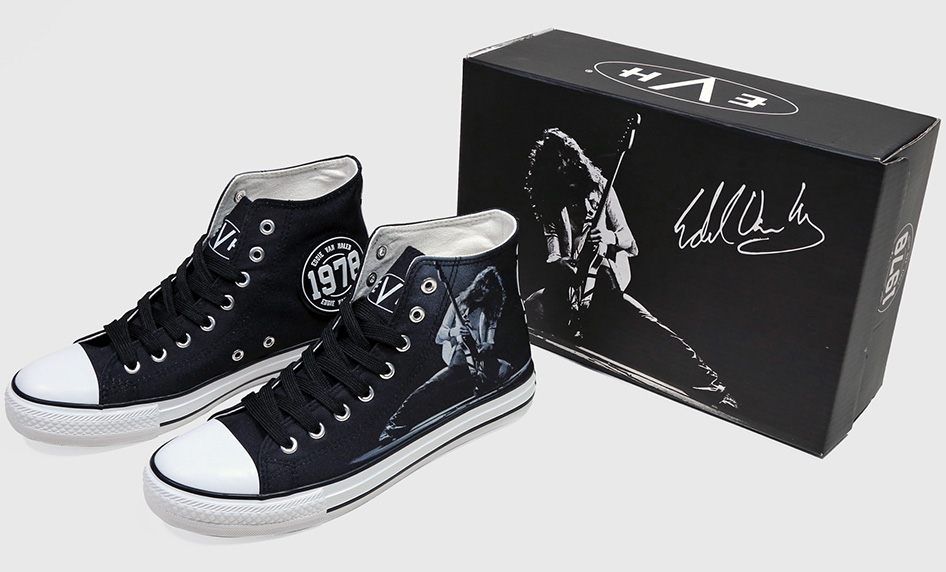