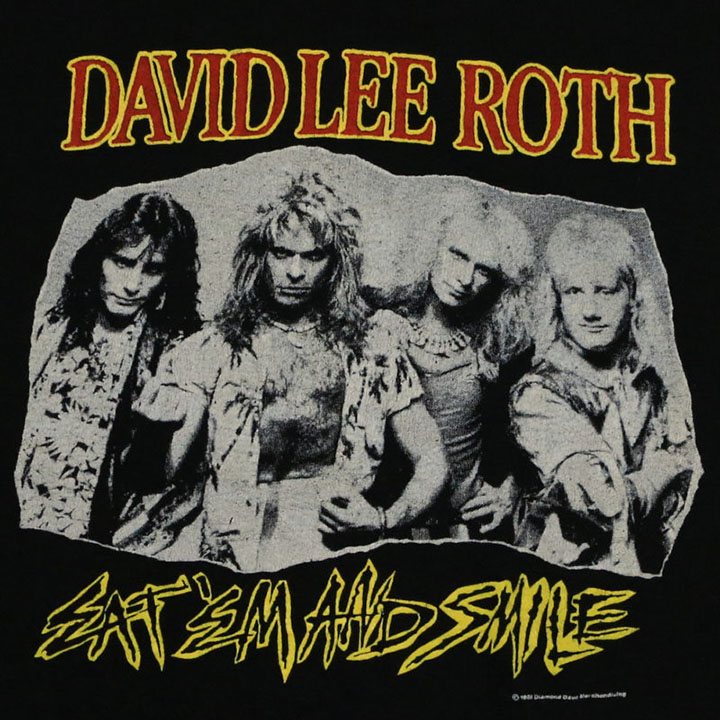 In a new interview, Billy Sheehan gives a very candid interview about his years with DLR, his bizarre exit, the near “Eat’ em & Smile” reunion, and how he almost ended up in Van Halen! (Listen below).

With the success of the Eat ‘Em and Smile album, an extensive tour was planned. For “Ain’t Talkin’ ‘Bout Love,” Roth would sing the song from a mini stage in the middle of the venue, while the rest of the band continued to perform on the main stage.

Another concert highlight was an extended guitar and bass solo “battle” (often lasting over ten minutes), which saw Vai and Sheehan try to top each other on their respective instrument.

No professionally filmed or recorded video or audio footage has ever been released from this tour, but its massive stage set can be seen in the performance section of the “Yankee Rose” video.

The opening acts on this tour included Cinderella and Tesla at various points. Watch a full concert from Montreal below:

In a new interview with the ‘Dave & Dave Unchained’ Van Halen Podcast, Roth’s former bassist gives a very candid interview about his years with DLR, his bizarre exit, the near “Eat’ em & Smile” reunion, and even how he almost ended up in Van Halen! This is a great interview with Billy … he goes into greater depth than ever before about what lead him to quit the David Lee Roth band. He also discusses his work with Mr. Big and the Winery Dogs.

Listen to “Episode #17 – BILLY SHEEHAN LOOKS BACK” on Spreaker.