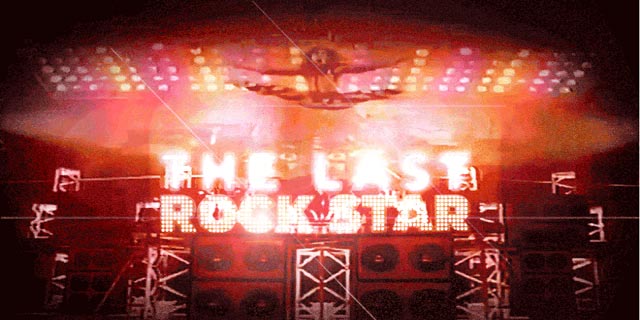 Here’s a MUST READ article/interview with David Lee Roth from BUZZFEED.com, by Steve Kandell

The once and future Van Halen frontman has parlayed the sex and drugs and rock ‘n’ roll of his youth into a wild middle age, and he wants to teach us all about it.

Drinking, smoking, and swinging swords on a Saturday night at home with the last true rock star.

There are many things to admire about David Lee Roth’s home. There’s the lushly landscaped property, three football fields’ worth by his estimation, hidden behind a 9-foot ivy-covered wall on an otherwise undistinguished suburban Pasadena block. There’s the house itself, which he’s had for 25 years, a sprawling 1920s Spanish-style mansion with 13 rooms in the basement alone. There’s the tennis court in back, filled with a foot and a half of sand to accommodate beach barbecues — he doesn’t play tennis. But Roth’s favorite thing about his home might be the floors. They are important.

“Feel this?” He stamps his foot a few times. “That transfer of shock? The floor has to have some give to it. It’s why you don’t do ballet on concrete.” The effect is much like the inch-thick wooden plank, maybe 15 feet by 15 feet, that comprises the center of Van Halen’s stage, where he plies a very specific trade. Acrobatic high-kicks and shimmies. Martial-arts maneuvers and sashays. “I have moves onstage it took me two years to learn.”

There is nothing actually on most of the floors in the house. The living room is bare, save for a few framed photos from the cover shoot of the first Van Halen album hanging crooked in one corner. (“I’m not much of a furniture collector, and I’m not much of an interior decorator.”) A ceiling-high built-in china cabinet is empty. Half a bottle of Jamaican rum rests on the mantle, and on the far wall is a rack of Japanese katana swords.

“The real deal,” he says, unsheathing one. “Razor sharp. The first time I held one of these swords, I was maybe 9 years old.” He demonstrates a few moves, alternately fluid and severe. “Everything has to be internalized or you’ll look stiff. Once you can do it physically, it becomes your personality.” He’s decked out in the now standard offstage getup of mustard-colored overalls he started wearing three years ago while building stage props around the house — a samurai Mario brother.

“I just had my sword teacher here from Tokyo,” he says, rat-a-tat, as he says nearly everything. “Buddhist monk, about my age. He loves two things about Southern California: the chopped liver from the Jewish delicatessen and these floors. Mojo Dojo. You ever hold one of these?” I have not.

Click HERE to read the entire article on BuzzFeed.com.

Please do yourself a favor and read the whole thing on on BuzzFeed.com. It’s one of our favorite VH-related articles/interviews ever!