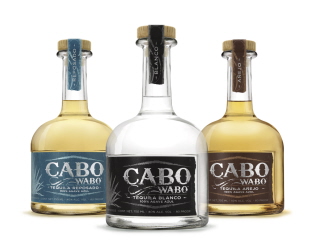 Sammy Hagar has sold his remaining stake in Cabo Wabo Tequila to Compari, the company that 80% of of it in 2008. Hagar still ownes the Cabo Wabo Cantinas.

Italy’s Gruppo Campari has obtained full ownership of Cabo Wabo Tequila after acquiring the 20% stake in didn’t already own from musician Sammy Hagar and associates. Late last week, Campari agreed to pay $11 million for the remaining stake, while an estimated earn-out of $4 million is expected to be paid to the sellers within the next three years.

Campari initially acquired an 80% stake in Cabo Wabo in 2008, for $80 million. Since then, Hagar, formerly of rock band Van Halen, has acted as an ambassador for the ultra-premium Tequila, which he founded in 1996. As part of that deal, Campari was granted the opportunity to purchase the remaining stake at a later date.

With high-end Tequila surging in recent years, driven by the explosive growth of Patrón, it appeared as though Cabo Wabo had considerable upside. However, amid the economic difficulties of the past two years, the ultra-premium spirits segment’s momentum has slowed, and Cabo Wabo hasn’t taken off. Last year, the brand sold 56,000 cases, down 12.5% from the previous year. It does most of its business in the U.S., where it’s marketed by Skyy Spirits, a Campari subsidiary.

Earlier today, Campari announced that its sales grew by 16.7% to €515.7 million ($678.7m) for the first half of 2010. Organic growth was responsible for slightly more than half of that increase, while the addition of Wild Turkey (whose acquisition was finalized in May 2009, near the end of last year’s first half) accounted for slightly more than one third of the sales growth. The remainder was attributed to exchange rate effects.