You are here: Home / 2016 / Stryper’s Michael Sweet Would Love to Sing For Van Halen 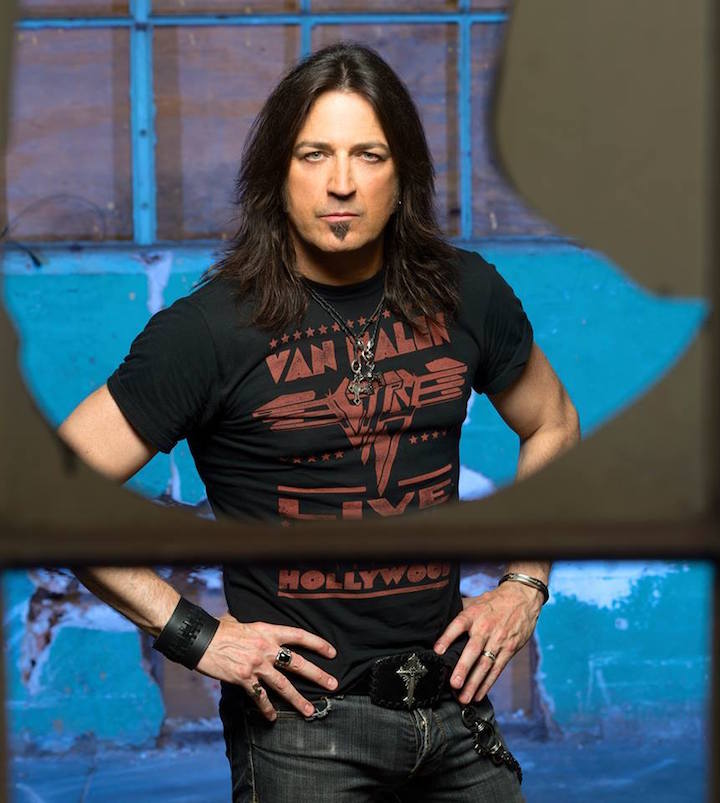 STRYPER’s Michael Sweet says that he would “absolutely” front VAN HALEN if he was ever asked to step in as a replacement for either David Lee Roth or Sammy Hagar.

Sweet, who in 2008 joined the legendary group BOSTON on vocals and guitar for their 54-city summer headlining tour of North America, discussed his hypothetical tenure with VAN HALEN during a brand new interview with Canadian rock journalist Mitch Lafon.

Asked if he would ever consider touring with another classic band like JOURNEY, STYX or VAN HALEN if it didn’t conflict with his duties as the frontman of STRYPER, Sweet said (hear audio below): “You know, it would depend on the circumstances and the timing of it. So, in other words, STRYPER is getting ready to embark on the ‘To Hell With The Devil’ [30th-anniversary] tour [this fall]. If I got a phone call from JOURNEY or STYX saying, ‘Hey, will you go out with us in September instead of STRYPER?’, I would say, ‘No.’ I’m very loyal, and I wanna handle things the correct way. But at the same time, if STRYPER’s off — which, when I toured with BOSTON, STRYPER was off, on a ‘down’ year — I would consider it. I mean, if it felt right. It felt right to do BOSTON. It was difficult because of the circumstances at home, but it felt right.”

He continued: “If I got a call from VAN HALEN, to go sing for VAN HALEN or whatever, and if it was the right circumstances, I would absolutely do it. And there are only a certain number of bands that I would do that for; VAN HALEN’s one of them. JOURNEY, I couldn’t sing JOURNEY songs. I mean, I could certainly go play with JOURNEY and sing background vocals and maybe sing a song or two, but I couldn’t do what Arnel [Pineda, current JOURNEY singer] does, or what Deen Castronovo [former JOURNEY drummer/vocalist] did; there’s no way. I don’t have that kind of a voice. But other bands… STYX, I could do. And I was talking to J.Y. [STYX guitarist James V. Young] backstage on the BOSTON tour, and he told me I was on the list of singers that they wanted to audition [when they were looking for a replacement for Dennis DeYoung]. He told me that. And that surprised me. ‘Cause I’ve been told that I sound like Dennis DeYoung at times, and when I sing those songs, it’s kind of scary, actually.”

Sweet also delved deeper into his hypotehtical pairing with VAN HALEN, saying that he “could handle the [band’s] full catalog,” including all the songs from both the Roth and Hagar eras. “I mean, I might have a little difficulty with some of the Sammy songs, but I could sing ’em, absolutely,” he said. “And the thing about it is, I’m a huge VAN HALEN fan, I know the material, I know the inflections. Like STRYPER, if you go on YouTube and watch us do [VAN HALEN’s] ‘Ain’t Talkin’ ‘Bout Love’, I can do the David Lee Roth stuff and hit all the inflections and hit the notes and totally pull it off. I could run around on stage — I’m still in decent shape — and entertain the crowd and get them into it and fit right in, I think. I think it would be a match made in heaven, no pun intended. But, you know, they’ve got David. If they ever decide to take on a new singer, maybe they would give me a call, and maybe I would do it. [Laughs]. That would be an even bigger ‘pinch-me’ moment than singing for BOSTON, to be honest.”

Thanks to Blabbermouth for this news.

Listen to Stryper’s cover of VH’s “On Fire”: