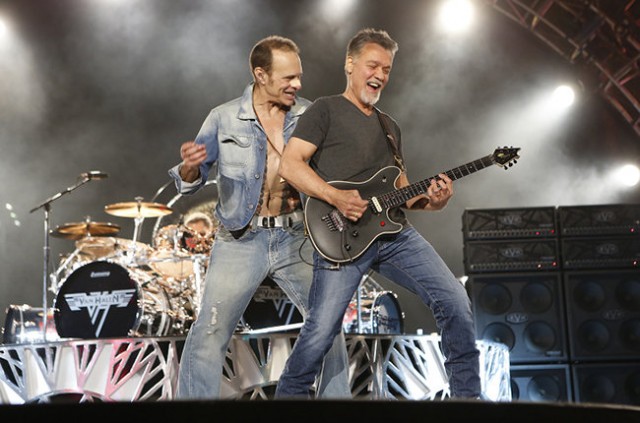 You might as well “jump” to this news: Van Halen will play the 2015 Billboard Music Awards.

Billboard and dick clark productions today announced the legendary rock group would join the line-up of performers for the big show later this month.

Van Halen’s participation at the annual gala is a real coup, and they’ll give a rock-hard edge to proceedings. The veteran outfit has sold close to 100 million records and they earned induction into the Rock and Roll Hall of Fame back in 2007. Numbers only tell part of the tale. In Eddie Van Halen, the group has one of the best guitarists ever to plug in. His brother, the drummer Alex, is a relentless, underrated talent, and the returning frontman David Lee Roth is a born entertainer and a one-of-a-kind performer. Indeed, the current lineup with Eddie’s son Wolfgang on bass will make its first performance at an awards show for the BBMAs.

The 2015 Billboard Music Awards returns to ABC on Sunday, May 17, at 8 p.m. ET and will be held at the MGM Grand Garden Arena in Las Vegas.