You are here: Home / 1978 / PHOTOS: Van Halen’s Platinum Party at the Body Shop on Sunset Strip! 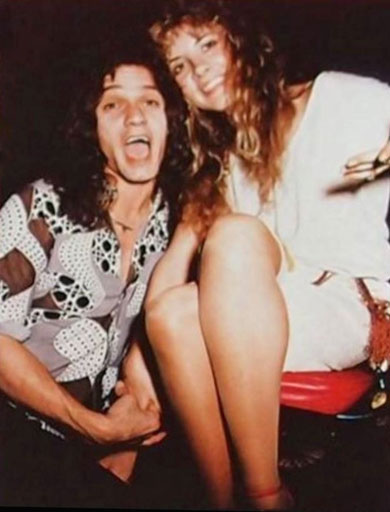 This month marks the anniversary of a very special event in Van Halen history. In late December, 1978, Warner Bros. threw a crazy party for its newest platinum playthings. And what better place to host it than at the Body Shop in Hollywood—the first all nude strip club on the Sunset Strip! Van Halen manager Marshall Berle called upon his legendary uncle Milton Berle as master of ceremonies, presenting the band members with their shiny wall plaques.

Naturally, the event was packed with lots of beautiful ladies, as well as the band’s then-minimal road crew, influential friends such as Rodney Bingenheimer, and famous singers such as Stevie Nicks and Bonnie Raitt (pictured here with Eddie, and with David, below).

This was a special platinum award presentation for the new rockers, celebrating the fact that, in less than a year, their debut album quickly sold over 2 million units in the U.S. alone. This party took place during the recording sessions of Van Halen II, which started Dec. 10th. After recording at the studio each day, all four band members would go back to their parents’ houses, where they still lived. Thanks to the amazing math of the record business—where every limo and light bulb is eventually charged back to the band—Van Halen now owed Warner Bros. close to a million bucks for expenses paid on their behalf.

Enjoy these photos from the party—some rarely seen, and some never seen! 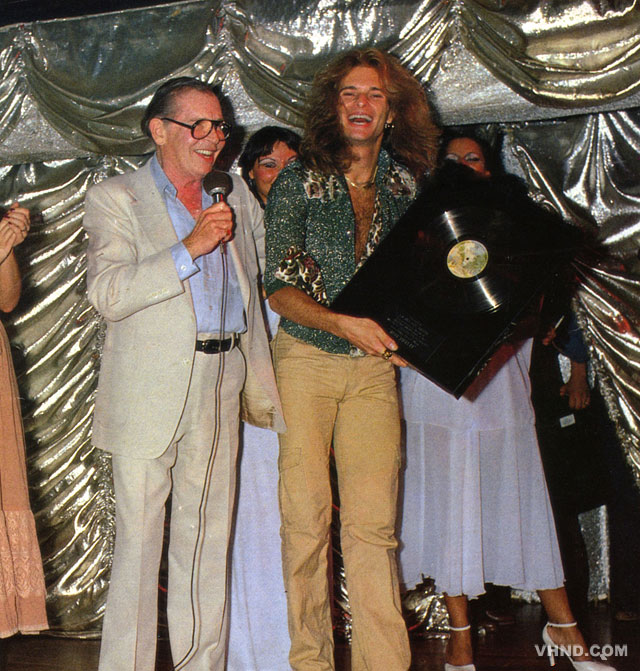 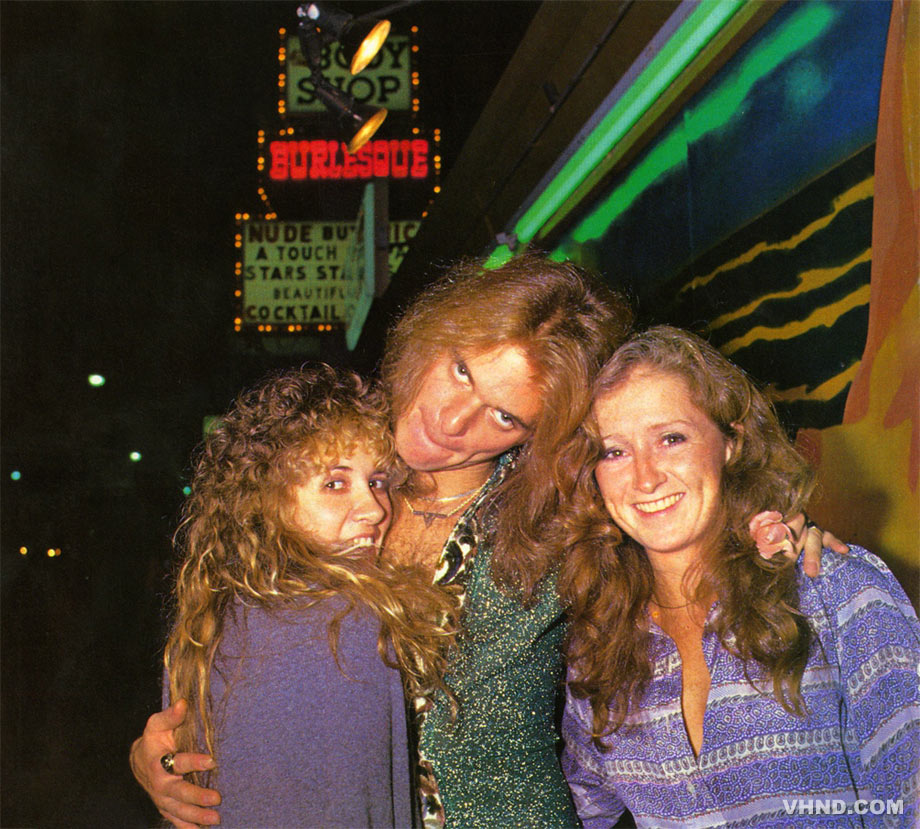 This classic photo of Stevie Nicks, David Lee Roth and Bonnie Raitt (and a metric ton of Aquanet) was taken in December 1978 in front of The Body Shop strip club on the Sunset Strip in Hollywood, CA.

Oh, and we’re sure absolutely no cocaine was snorted the entire night…