Rhino continues their Van Halen vinyl reissue program with the release of three more titles: Van Halen II, Women and Children First, and 1984.  Their 2009 vinyl reissue of the self-titled debut, Van Halen on 180 gram vinyl, proved superb–and turned out to be a re-pressing of the now out-of-print DCC vinyl reissue, mastered by Steve Hoffman. One of the primary improvements achieved by that reissue was to bring the vocals and guitars out of the shroud of echo found on earlier versions of the record. One title reviewed today had that issue as well–and the reissue definitely adresses it. 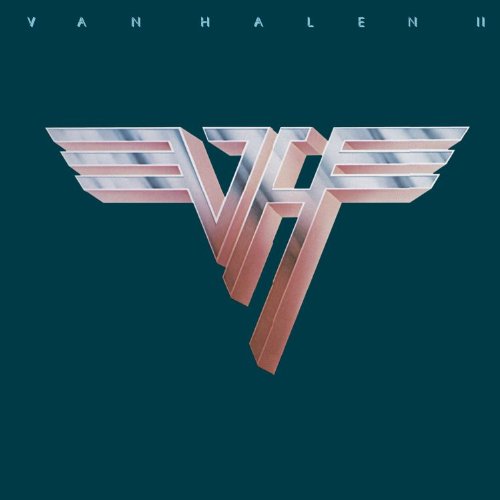 The Music
While Van Halen II, released in 1979, hasn’t remained quite as popular with fans as their eponymous debut, it produced two radio hits, Dance the Night Away, and Beautiful Girls–and contained the same guitar-dominated sound as the debut. And while casual fans of the band could probably get by without pulling it out very often, many of the faithful still call it a favorite. 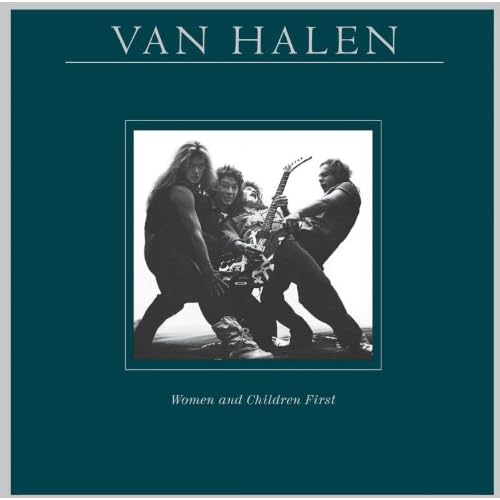 Women and Children First, released in 1980, moves away from the pop ambition of Dance the Night Away, toward heavier themes and guitar work–as is evidenced by its one hit, And the Cradle Will Rock, as well as the AOR-staple, Everybody Wants Some.

1984, the last album to feature David Lee Roth as the band’s lead singer, spawned two synth-driven hits, and brought the band to the forefront of the pop scene, producing three Billboard Top 20 singles, along with the MTV hit, Hot for Teacher. 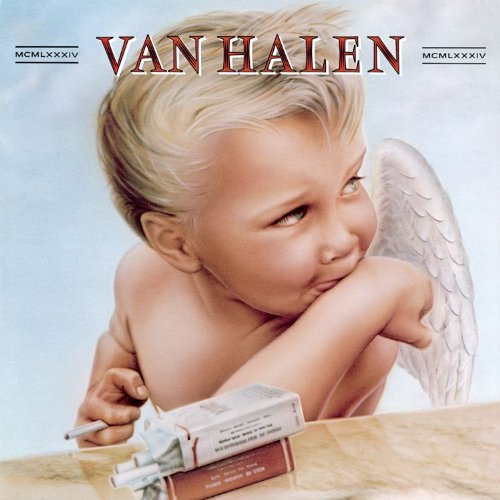 The Packaging
All three of these reissues from Rhino were pressed on 180 gram vinyl, and were housed in R.T.I.’s preferred rose-colored poly inner sleeves–and they all played silently. The covers were made from regular weight cardstock, and feature a nice gloss. II and 1984 also contain repros of the original inner sleeves, and Women and Children First includes the original David Lee Roth poster.

The Sound
Although I bought all of these titles at the time of their original release–and played them over and over at the time, I admittedly haven’t played them in years. So, when I went to the “V” section to pull out original pressings to compare to these reissues, I came up a bit shorthanded–only finding an original of Van Halen II. I took a quick trip to my local vinyl shop, and was somewhat surprised to hear that it isn’t that often that they see Van Halen vinyl –and when they do, it sells really fast.

Chris Bellman, of Bernie Grundman Mastering, used the original analog tapes in mastering all three of these reissues. And if you’re someone who’s never been completely satisfied with the sound of II, have discovered the band recently, or just want to replace your worn out originals, two of these reissues sound quite good.

Though somewhat less than the debut, original vinyl pressings of Van Halen II, also carry a sound shrouded by echo. And while the music is undoubtedly powerful, the echo does play a part in diminshing its overall impact. Bellman’s mastering somehow addresses this issue, resulting in a more forward presentation of Roth’s vocals, and a drier, more realistic brown sound from Eddie Van Halen’s guitar. And unlike many modern audiophile remasterings that lower levels to preserve dynamics, this Rhino reissue is actually cut louder than the original, without any apparent loss of dynamic range.

What surprised me most after hearing these albums for the first time in many years, was that Women And Children First, was probably the most entertaining listen. Songs like the all-acoustic, Could This Be Magic, bring a bit more diversity to the record–especially after II, which pretty much mirrors the debut. And while there is some variation in sound quality between tracks, Take Your Whiskey Home really sounds fantastic on the Rhino vinyl, with excellent presence and a dynamic range that does a particularly great job of showcasing the transition between the opening acoustic guitar/vocal intro into the Marshall-driven brown sound from Eddie Van Halen’s guitar.

With a slew of great pop/rock songs, 1984 is a record that instantly transports me back to my senior year of high school/freshman year of college. Boasting multiple top 40 hits, commanding heavy rotation on MTV, and featuring a new, more modern sound, 1984 was very much about that period in time–and upon revisiting it now, it shows. Although recorded on analog tape, the production values of the day give 1984 a kind of hard sound–that many might mistake for early digital, as it comes across as rather bright, flat, and without much in the way of ambiance or image depth. As talented an engineer as Bellman is, he can’t “fix” this via a remastering–and even if he could, such changes would undoubtedly be seen as revisionism–not remastering.

Conclusion
All three of these new vinyl reissues from Rhino feature nicely pressed vinyl with ultra-quiet surfaces. Van Halen II and Women And Children First also boast excellent sound, with this new remastering taming the echo heard on II‘s original vinyl. While 1984 shares the ultra-quiet surfaces of the other two issues, the original recording doesn’t really lend itself to an audiophile remastering, and given the millions of copies sold, I’d look for a less inexpensive original first.