Van Halen’s One Night in Bangor! Van Halen performed during intermittent showers at the Darling’s Waterfront Pavilion in Bangor, Maine on Thursday night, July 30th. We quote the review from Bangor Daily News‘s review, “Van Halen dances the night away on the Bangor Waterfront”:

As far as bang for your buck goes, you’d be hard pressed to find a better live music deal than Van Halen. The venerable rockers played a two-hour set, blasting through their enormous list of hits, fan favorites and new songs in front of an adoring crowd.

Guitar god Eddie Van Halen, pounding drummer Alex Van Halen, bassist Wolfgang Van Halen — Eddie’s son, who replaced longtime bassist Michael Anthony — and legendary first and (hopefully) final lead singer David Lee Roth still have the chops, the energy and the love of the music that they had when they burst onto the national scene in the late 1970s.

The audience was likely the most diverse age range of any concert so far this season, from 10-year-old kids accompanying their parents to folks in their 50s and 60s who have been fans since the beginning.

David Lee Roth may not be doing any more scissor kicks off drum risers, but “Diamond” Dave is still the consummate showman, engaging in off-color stage banter between, and sometimes during, each and every song, and changing in and out of sparkly, bright-colored blazers. Van Halen has always been as much about the party as it has been about the virtuoso guitar fireworks, and Roth was the primary driver of that attitude from the day he joined the band onward.

But the Van Halens — Eddie, Alex and now Wolfgang — are the true muscle. After all, is there a more archetypal guitar legend than Eddie Van Halen? He’s right up there in the guitar pantheon alongside Jimmy Page, Eric Clapton and Jimi Hendrix.

Check out photos and front row video below!

Somebody Get Me. A Doctor 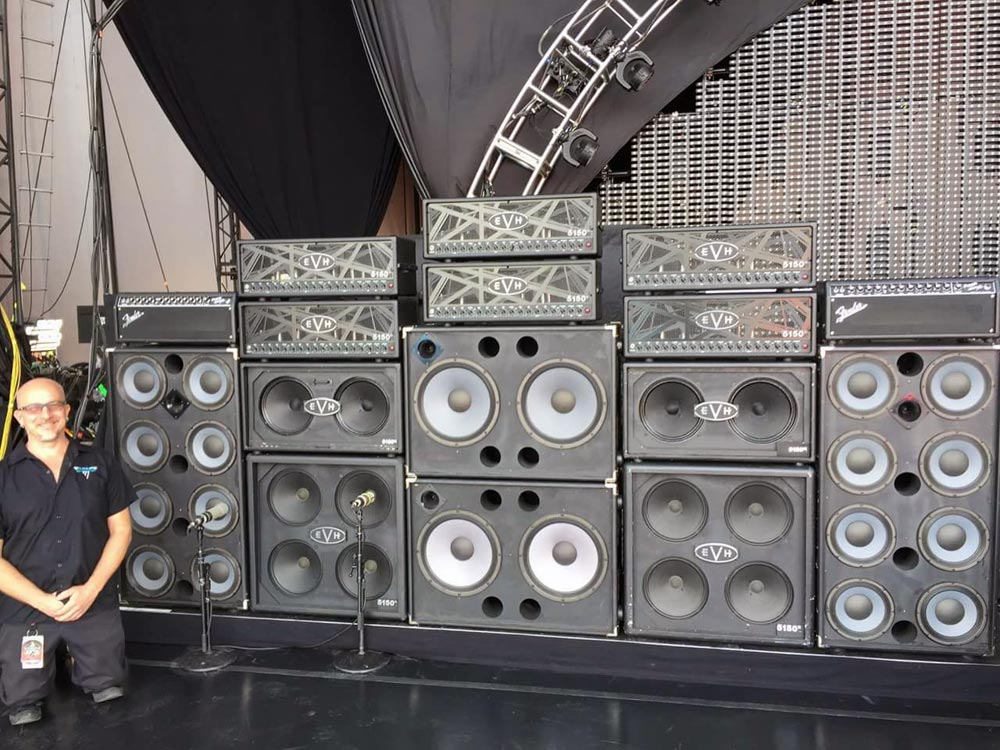 Like Dave said, “No rain, no Woodstock.” Bangor. You guys ruled. Thank you! #VanHalen